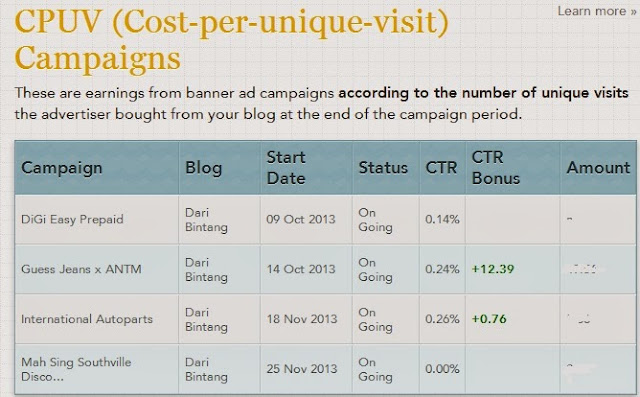 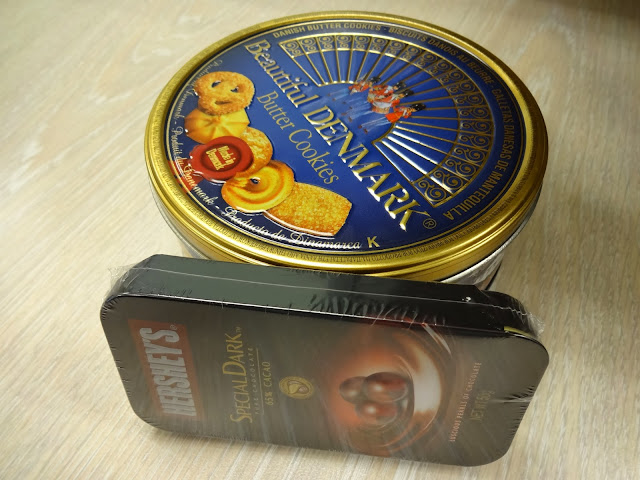 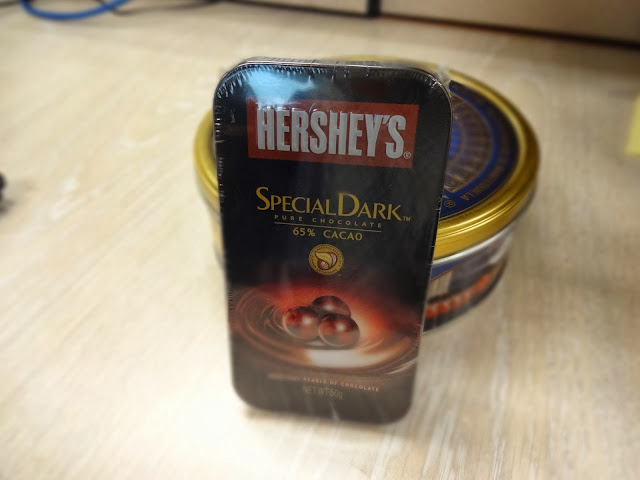 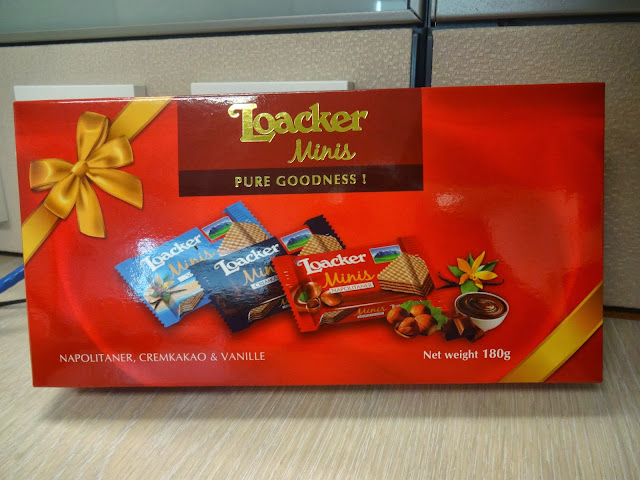 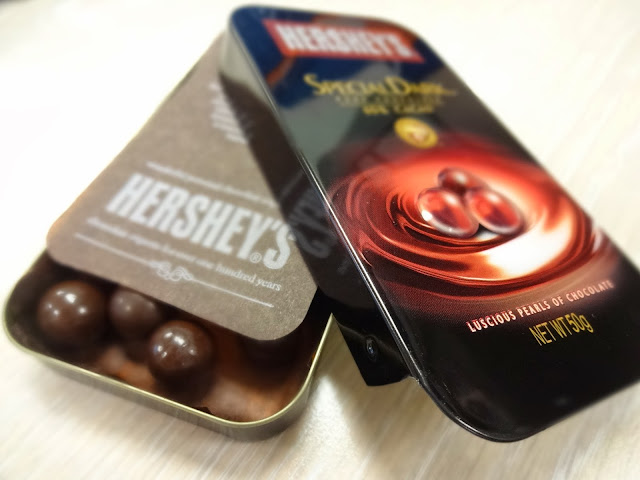 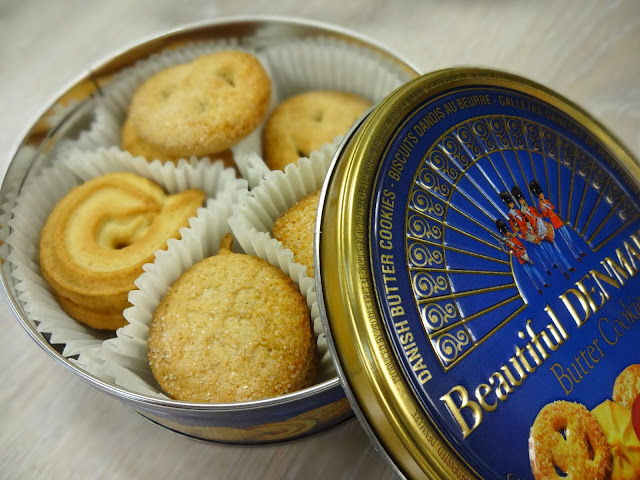 
*A toddler is a child between the ages of one and three. The toddler years are a time of great cognitive, emotional and social development.
Konon-konon Kreatif La Tu LydSunshine at Friday, November 29, 2013 10 comments: 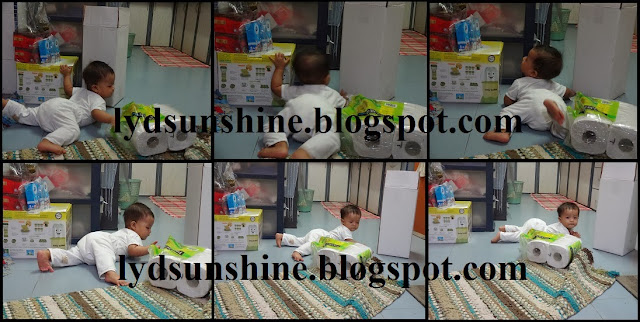 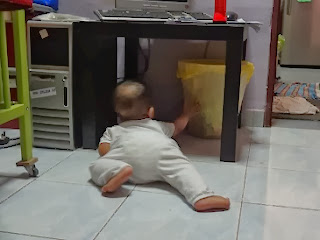 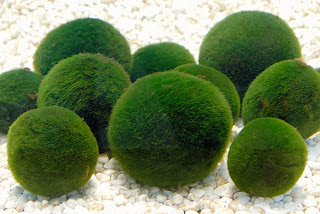 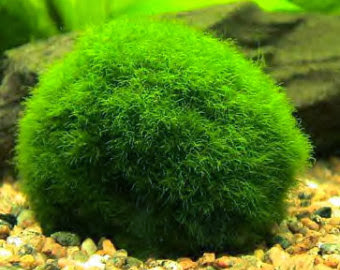 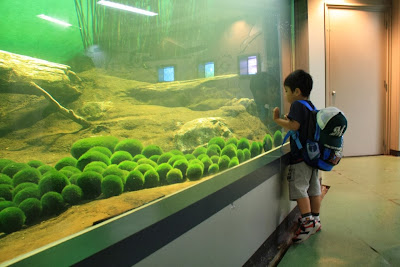 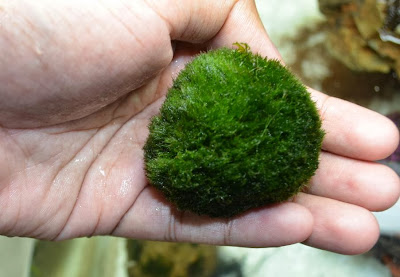 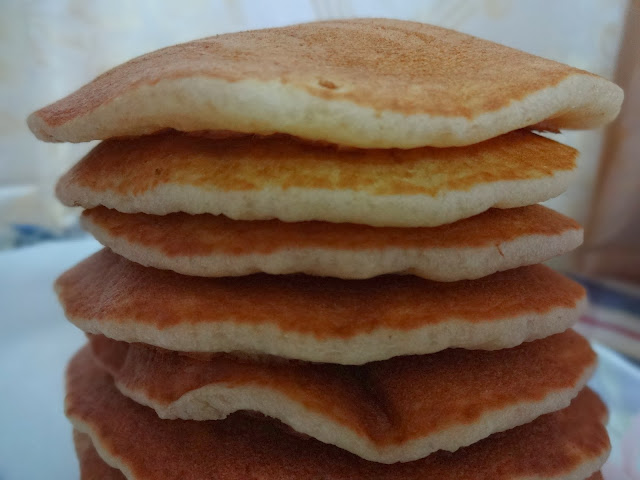 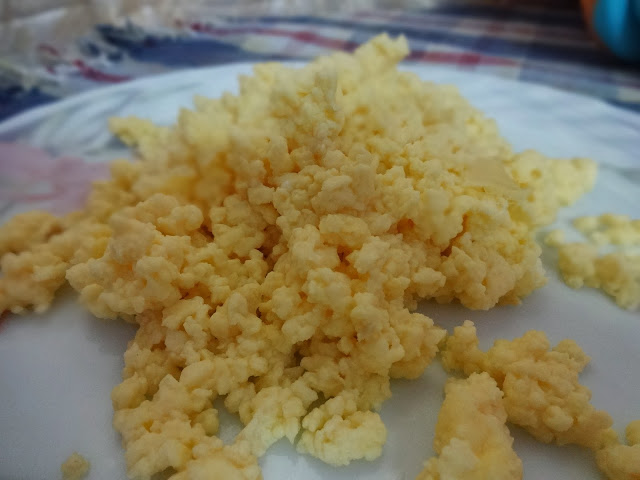 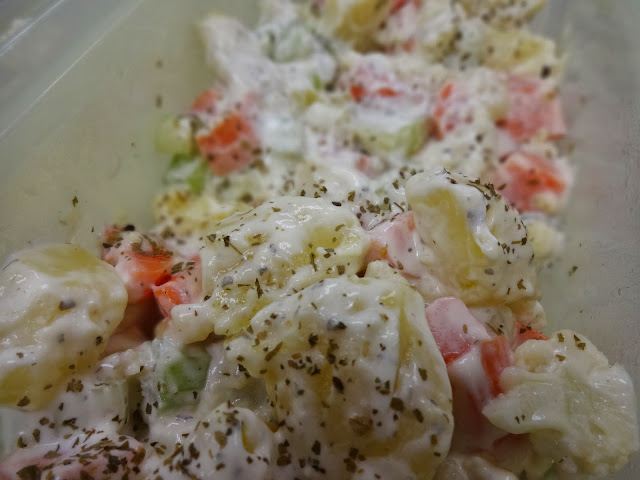 12 things about Japanese kindergarten [preschool?] that have stunned me as a Chinese mother

Before coming to Japan, Tiantian had already gone through a year of kindergarten [preschool? nursery school?] in Beijing, so you could say that we are no strangers to kindergarten. But there are some things in Japanese kindergartens that have stunned me [are really weird/strong]. Let me share them with you.
1. The Ridiculous Number of Bags.
On the first day, they explained to us that we needed to prepare a certain number of bags of various sizes:
A schoolbag, a blanket bag, a bag for eating utensils, a box for eating utensils, a bag for clothes, a bag for for changing clothes, a bag for clothes after they have been changed out of, and a bag for shoes. Then that bag A had to be of such-and-such a length, bag B had to be of such-and-such a width, bag C had to fit in bag D, and E in bag F. I just couldn’t believe it.
Some kindergartens even ask mothers to make bags themselves!

Book bag (left) and shoe bag
After two years we’re used to it, and the kids become very good at putting things in their right place. I often think that the reason that the people of Kyoto don’t mind sorting their rubbish might be because they’ve been taught this kind of thing from a young age.
2. All These Bags Carried by Children, While Adults Carry Nothing.
This is a sight that really shocked me: when dropping kids off or picking them up, I noticed that the other Japanese adults, be they mother, father, or grandparent, were carrying absolutely nothing, while all those bags of different sizes (at the very least two or three) mentioned above were carried by those little cuties. What’s more, they were running really fast!
But us? Maybe out of habit, maybe because of a cultural thing, but I carried the bags, and Tiantian carried nothing. A couple of days later the teacher came and had a chat with me: “Tiantian’s mother, Tina does everything herself at school…” Japanese people have a habit of saying only the beginning of a sentence, and letting you work out the rest yourself. I immediately realized that she was asking about the situation at home, but seeing me thinking it over, the teacher continued, “… carrying her schoolbag for example …” After this tactful reminder, I let Tiantian carry her own schoolbag.
When the time came for a parents’ meeting, I told everyone that in China the custom was for parents to carry everything. It was the Japanese mothers’ turn to be dumbfounded. As one, they asked: “Why?”
Why? Is it because we Chinese love our children a little more?
3. Changing Clothes Over and Over Again
Tiantian’s kindergarten has its own uniform; when she arrives she has to take it off, and change into overalls for playtime. She has to take off her shoes and put on white ballet shoes, when she goes into the exercise yard she has to change her shoes again. After their afternoon nap the kids have to change clothes again. A real pain.

When Tiantian was in Chrysanthemum Class she used to be so slow changing clothes, and I couldn’t help but give her a hand. But I soon noticed that all of the Japanese mothers were standing to one side, not helping at all. I slowly saw that this business of changing clothes educated the children in living independently.  Through things like their experiences at school, changing, sticking their daily sticker, and hanging their handkerchiefs, these kids start from when they are two or three years old to learn the habit of keeping things orderly.
4. Wearing Shorts In Winter
Children in Japanese schools wear shorts in winter, no matter how cold it is. My daughter’s grandparents in Beijing were very worried, and said that I had to talk to the teacher about it, because Chinese children can’t stand the cold.

Wouldn’t you know it, when we had just started kindergarten, practically every day she got sick. But when I talked to the Japanese mothers about it, their answer amazed me. “Of course! The reason we send our kids to kindergarten is to get sick.”
Seeing the healthy energy of the children charging about like little rockets, greeting me, it occurred to me that we shouldn’t spoil our kids too much.
5. 0-Year-Old Infants Competing in Athletic Events
All classes are named after flowers. Tiantian was a chrysanthemum, then a lily, now she’s one of the “older sisters”, a violet. But the little babies who haven’t reached their first birthdays are all in the “Peach Blossom” class. In Japanese they’re called もも, which sounds like 毛毛 in Chinese [and 'mo-mo' in English]. Japanese kana all come from Chinese characters.
These mo-mo, who haven’t even reached their first birthday, have not only already started going to kindergarten, but take part in all of their major activities, like sports competitions and performances. Seeing these little mo-mo crying while crawling forward, I usually feel bad for them.

6. Girls Playing Soccer
When children reach their middle year of kindergarten in Japan, they start taking weekly “Jumping” lessons, similar to our Physical Exercise lessons back home; when they get to their senior year, there is a soccer competition. When they’re not practicing their drumming all day, they’re practicing soccer. And they really play too, they even have competitions with other kindergartens. Tiantian has bruises from playing but her strength and bravery have been brought out.

To tell the truth, when we first came to Japan, Tiantian’s performance was really shameful. Japanese kids usually start shooting up at about three or four years old, before that they are a lot shorter than Chinese kids. In Tiantian’s class she was a giant, but was in actual fact quite weak. The Japanese kids would run about outside, but Tiantian? She’d get a grain of sand in her shoe and would have to tiptoe to walk. Once there was an excursion where they went up a mountain, and she could only come down with two short Japanese kids supporting her. These uncomplaining three-year-olds, who didn’t have the experience of allowing her to travel on foot up a mountain for an hour. She’s better now, last year at Shangrila, in that low oxygen environment she walked for four hours without any problems.
7. Mixed Education
When we were in China I saw Tiantian’s kindergarten a few times. Each class would have its classes separately, but in Japan this isn’t the case.
Before 9:30, and after 3:30, the entire school plays together. And in the yard big kids hold little kids, little kids chase big kids, they carry on like crazy. They get to really experience having “siblings”. Their feeling of growth is obvious.
For example in Tiantian’s and the other senior year’s last assembly a few days ago, after performing their taiko piece, they said something that made all the parents cry.
“In today’s assembly we’re very happy, because the children from lower years performed so successfully. This is our last assembly, and when we start junior school we’ll be sure to remember our friends and our kindergarten.”
8. Education: All “Smiles” and “Thank you”.
In this kindergarten, it seems like they don’t care at all about the children’s intellectual education. They don’t have textbooks, just a new sketchbook every month. In the school’s education plan, there aren’t any subjects like mathematics, kana, art, or music. Don’t even ask about English or the International Math Olympiad. They don’t learn roller skating or swimming.
When you ask what they teach, you’d never guess what the answer is: “We teach the children to be all smiles!”
In Japan, no matter where you are, or to who you’re talking to, “being all smiles” is most important. An girl who is “all smiles” is most beautiful.
What else do they teach? — They teach children to “say thank you”.
In everything there are things that they stress here that they don’t in China. But after three years I can see that Tiantian has improved in things like music, art and reading, and these improvements are from a comprehensive education.
9. The Number Of Activities
Looking at my calendar I can see the days when I need to make lunch for Tiantian to take to school. These are the days when she has excursions. I can’t count how many times she climbs mountains, how many lakes she’s seen, or how many animals or plants she’s gone and looked at.
Apart from that, she’s also gathered acorns, made cakes, been to sports carnivals, performed for community events, had sleepovers, celebrated festivals, been at assemblies, attended temples, exhibitions… let’s just say that there have been a lot.

10. All The Holidays Chinese People Don’t Celebrate — – Japanese Kindergarten Celebrate
This really floored me too. Like I mentioned above, Japanese kindergartens celebrate their own traditional holidays, Girls’ Day, Boys’ Day, Hungry Ghost Festival…. Not only this, they also celebrate Renri (held on the 7th night of the lunar new year, how many of you know about this festival?), and Qixi.
Today she came back, and said “Today, teacher asked how we celebrated these holidays in China, I said I didn’t know”. What a disgrace! Mommy doesn’t know either.

11. Teachers’ Abilities
In one Japanese class there are ten to thirty students, but only one teacher. In the beginning I had my doubts, if she was able to keep her eye on all of them she’d be pretty good. Then I found out that I had underestimated these Japanese kindergarten teachers. With just this one teacher, thirty children’s artworks, the lead for their drumming pieces (so professional), thirty children’s art, music, reading, thirty children’s birthdays, their major assemblies and sports carnivals are all organised methodically and thoroughly.
Look at the teacher, and she’s always cool and relaxed. And she’s about 50-years-old! I salute her!

12. Buddhist Influences
Kyoto has probably more temples than any other city in Japan, it has a kind of monastic ambiance. Tiantian has to go to temple every week for instruction. In the most important festivals she has to bow to Buddha, and there are activities on every Buddha’s Birthday and Nirvana day.

Tiantian is graduating soon, yesterday she went to Nishi Honganji temple to make a wish. Tiantian was the class representative and gave Buddha some flowers. I asked her what she wished, and she said “To always trust in Buddha, to always treat others with a thankful heart, and to always heed others’ words.”
Konon-konon Kreatif La Tu LydSunshine at Thursday, November 21, 2013 12 comments: